The Color Run Perth was held on the 19th of October 2019, where DJI store was proud to be a major sponsor in the event.

What is Color Run?

If you are unaware of what the Color Run is, it is essentially merges the colour aspect of the Holi festival with a fun run. It has become one of the largest fun runs in the world and claims to be the happiest run under the sun. The one condition of the Color Run is having good vibes, which we definitely felt throughout the day. We essentially ran a competition where we gave the color runners a change to win a DJI Osmo Action by simply having fun and recording their day!
The entrants simply had to enter to win and five groups were chosen where they borrowed the Osmo Action for the day and created a 2 minute video of their run.
Each video would go to a public vote and the group with the most votes won an Osmo Action!

This competition will continue into the next two states, New South Wales for the Sydney run and Victoria for the Melbourne run.

To get the biggest advantage of this competition was to use the slow motion feature, HDR video of cause using the rocksteady to get buttery smooth footage.
The dual screens would also be an advantage for those vlogging shots! Last thing you want to do if get your face out of frame. 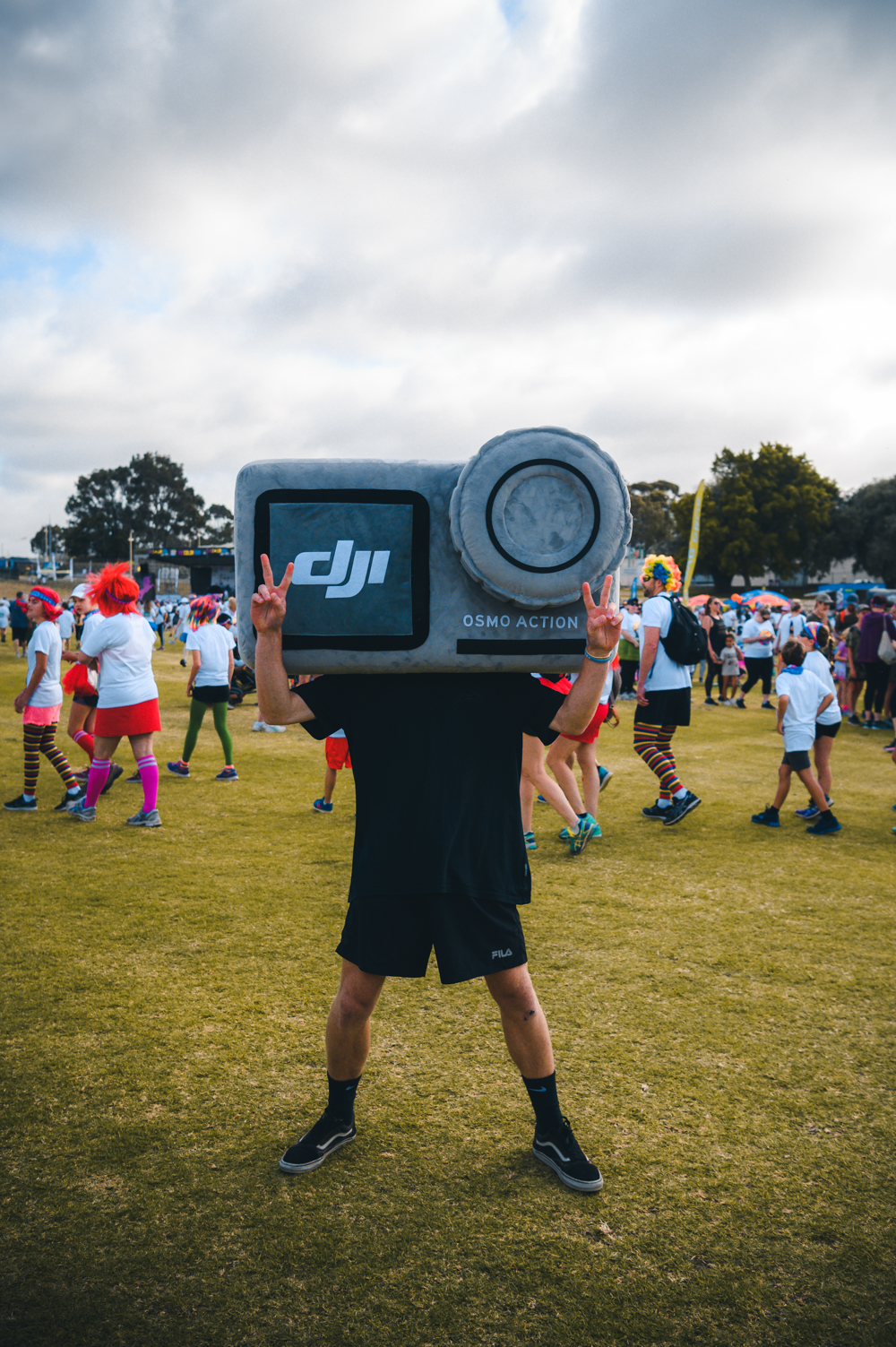 There were two mascots, dressed as the Osmo Action, who went around the different areas and took photos with people and kids whilst sharing the abilities of the Osmo Action.
People were very excited to see the Osmo Action Mascots as it was something different, you don't see alot of people dress up in a costume based on a piece of Technology.

We had a booth set-up with a tent and a flight cage. During the day we offered to show customers what the drones could do and also the OSMO Action and Pocket.
A lot of this technology is still new to people so it was fantastic to showcase the abilities of emerging technology.
It was good to see people engaging with the drone technology and seeing it's positive influence on society. The Color Run was definitely an extremely fun and enjoyable event where we got to demonstrate DJI's latest innovations to the general public with great reception.

All the Actions survived the color blast with the five groups taking some amazing footage of the day.
We really appreciate Color Run for this opportunity and look forward to seeing you all in the next Color Run event in Sydney!